Re: Sarah as Vivian Bearing in Wit:

-- "The Term 'Tour de Force' gets thrown around rather liberally, but there is no questions that the role of Vivian Bearing deserves such a description… Vivian is the soul of 'Wit;', a merely good performance is not enough. For this show to work the actress portraying her must be great. Sarah Dacey-Charles is that actress… Simply put, it is brilliant work."
~ Allen Adams, The Maine Edge

Re: Sarah as Fosca in Passion

--"Sarah Dacey Charles, as the love-starved Fosca, anchors the show with a performance that convincingly integrates the character's pronounced physical frailty and her tenacious inner resolve. Her gentle alto rings with the depth and marred beauty of a weathered bell." ~ By Philip Collins, MetroActive

"Charles' performance as Fosca is superb both vocally and dramatically." ~ Aisle Say in San Francisco

Re Sarah As Madam Thenarider in Les Miserables on Broadway:

"On a recent visit, the understudy for Mme Thenardier, Sarah Dacey-Charles, thrillingly performed the role like it was opening night. Oh, for such energy from everyone…" ~ Broadway Reviews- A Dress Circle Round Up by Paul Tenaglia

Re: Sarah's solo shows in cabaret:

"Sarah Dacey Charles….A veteran performer (currently in the ensemble of "Les Miserables" on Broadway) has a well-trained and well-rehearsed voice that is clear and extraordinarily beautiful in any range. Add to her vocal abilities her skills as an actor and what results is a combination of talent that embraces every song she chooses and makes it not only her own but her audience's song as well….Sarah Dacey Charles is also very funny. Her comedic spirit adds considerable impact to several of the songs … Sarah Dacey Charles' new show …is a first-rate exploration in song of the longing for and the granting of unconditional and non-judgmental love …Readers have one more opportunity (this time around) to hear Sarah Dacey Charles. Don't miss it! " ~ Reviewer: David Roberts for Theatre Reviews Limited March 9, 2001

"…A fine interpreter of Sondheim's lyrics and intricate melodies her forte is the romantic ballad. My Heart is so Full of You was hands-down gorgeous and her storytelling in Meadowlark was dreamy." ~ San Francisco Bay Times

RE: Sarah as Miss Prism in Ernest in Love:

"Another actress who has completely embraced her character is Sarah Dacey Charles as Miss Prism. …Charles actually turns the woman into a sexual creature, a bit predatory but still discreet. It was a nice switch on a character all too often played in rank imitation of Rutherford. Prism's musical duet with William Ryall … is a highlight of this edition of the show" ~ Ernest In Love EDGE Entertainment - Reviewed by J. Peter Bergman

Re: Sarah as title role in Bertolt Brecht's The Mother:

"The powerful ending of Act 1, where the title character (movingly played by a radiant Sarah Dacey Charles) picks up the red flag dropped by a comrade who has been shot, is pure Gorky, and is genuinely stirring …" ~ A review of The Mother by Bertolt Brecht at Irondale Ensemble Theatre, Leonard J. Lehrn Reprint from AUFBAU No. 1,

RE: Sarah As Lola in Degenerate Art:

Re: Sarah As Annie Jump Cannon in Silent Sky

Lynne Soffer and Sarah Dacey Charles sparkle as Williamina and Annie Jump Cannon, the wisecracking women who do the grunt work for the geniuses at Harvard. ~ Karen D'Souza, The San Jose Mercury News.

The outwardly prim but passionate, Sarah Dacey Charles plays fellow computer, Annie Jump Cannon… They embody not only the degree to which women were kept in subsidiary, unrecognized roles in the sciences… but also the rising tide of the women's suffrage movement. ~ Robert Herwitt, SF Chronicle

Re: Sarah as Marian in the Music Man:

Re: Sarah As Rona Lisa Peretti in Spelling Bee:
"Sarah Dacey Charles has a voice which often takes the company numbers to the next level and excels as the adult focus of the musical...Their moving and exceptionally well sung "I Love You Song" shows that all these kids really want is to be loved for who they are. ~ Grand Rapids Press 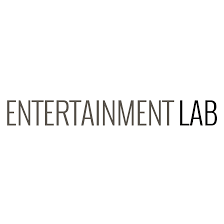